Thanks to his suave image and dulcet tones, he’s one of the most lusted after singers in the world.   And Michael Bublé revealed one of the secrets to his appeal this week, as his model wife Luisana Lopilato posted a picture of him wearing a face pack.   Showing off his metrosexual side, the 37-year-old singer seemed happy to pose with the dark grey mask covering his face while wearing a stony expression.

Michael may have spent Thursday busking on the streets of New York, but the Canadian crooner proved that he still likes a little pampering from time to time.

Perhaps taking some beauty pointers from his 25-year-old wife, who is pregnant with their first child, the star lathered on the thick mask over his stubbly beard. 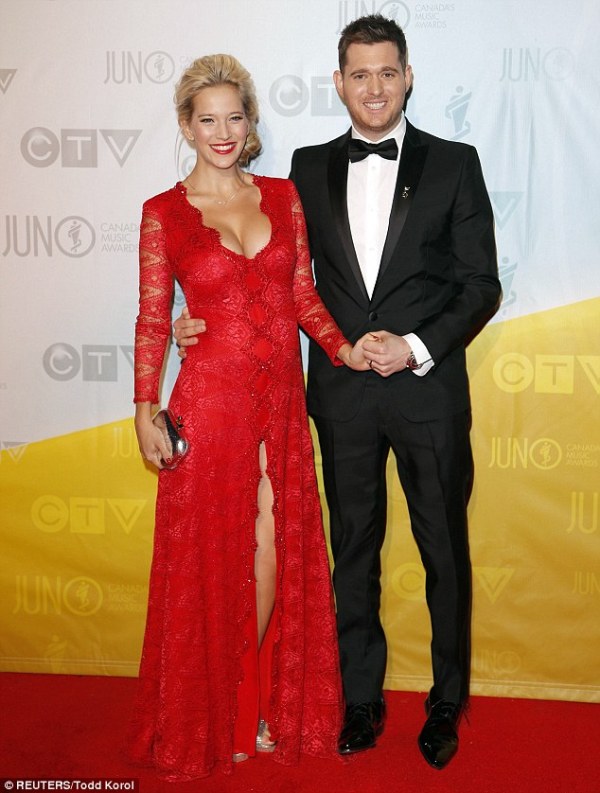 In a bid to get smoother and softer skin, Michael seemed to be taking his facial seriously, keeping a straight face while it dried so as not to crack it.

The singer was clearly comfortable with the fact that he has a skincare regime, allowing his other half to post the snap on her Instagram account.   Since settling down with his Argentinian wife, Michael has obviously been looking after himself a lot more, slimming down and toning up as well as looking after his skin.   The singer, who wrote Just Haven’t Met You Yet for Luisana, recently told that he can’t wait to be hands on dad. 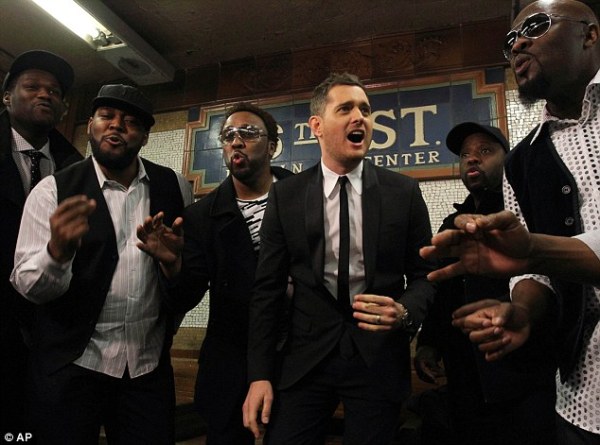 He said: ‘I can’t wait to be a daddy, I am really excited about it. I am definitely going to be a hands-on dad, whatever that means.   On Thursday morning, commuters in NYC were given a surprise as the star sang a capella at the subway station beneath 66th Street Lincoln Center.

Joined by the a capella group Naturally 7, Buble sang his version of the Jackson 5 classic ‘Who’s Lovin’ You’ to a gleeful throng of most female fans crowded on the subway platform.

Michael is currently promoting his newly released album To Be Loved, doing the media rounds in the US.