Last Mothers’ Day, Heidi Klum was down in the dumps and freshly-single after splitting from husband-of-seven-years Seal.   But what a difference a year has made for the German model and mother-of-four. 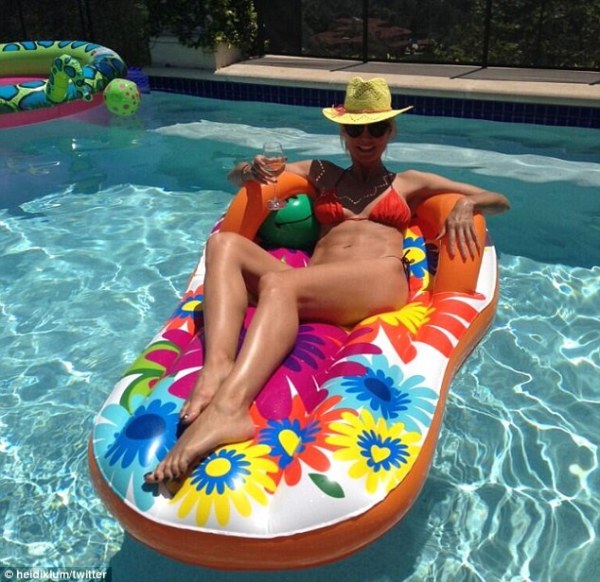 In an apparent thinly-veiled attack at her ex, Heidi happily tweeted a bikini snap of herself along with the message: ‘Happy Mother’s Day! Best Mother’s Day ever….’   Of course Heidi is now happily ensconced with bodyguard-turned-boyfriend Martin Kirsten, which might explain her very public and gleeful declaration of domesticated bliss. 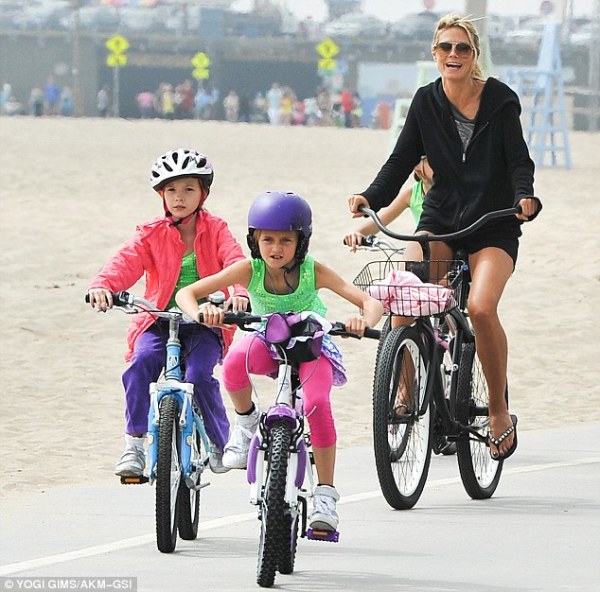 Heidi, 39, looked fantastic as she floated around a pool on a Li-Lo, glass of wine in hand, showing off her toned figure in an orange bikini.   Over the weekend the German model played the doting mother as she spent time with her brood and boyfriend Martin.   The family were spotted out in Los Angeles where they hit up the beach in Santa Monica and enjoyed a bike ride along the boardwalk.   Heidi recently told Us Weekly that it can tough to juggle the schedules of her four children.   She said: ‘It’s a huge responsibility to have four kids.

‘They all have different likes and dislikes and activities that they want to do. You have to learn how to juggle all of that, and at the same time, give them each the love that they need.   ‘When you have one [child], you can focus on one. With four, you have to make sure [your attention] is all spread out just right,.   ‘You have to understand how different they all are! And at the end of the day, there is not much time left for you!’

Heidi Klum appeared to have gained some samson-like strength as she launches a new fitness line on Thursday.

The German supermodel effortlessly held a huge dumbbell above her heas as she posed for snappers at the Lady foot Locker store in Culver City , California. 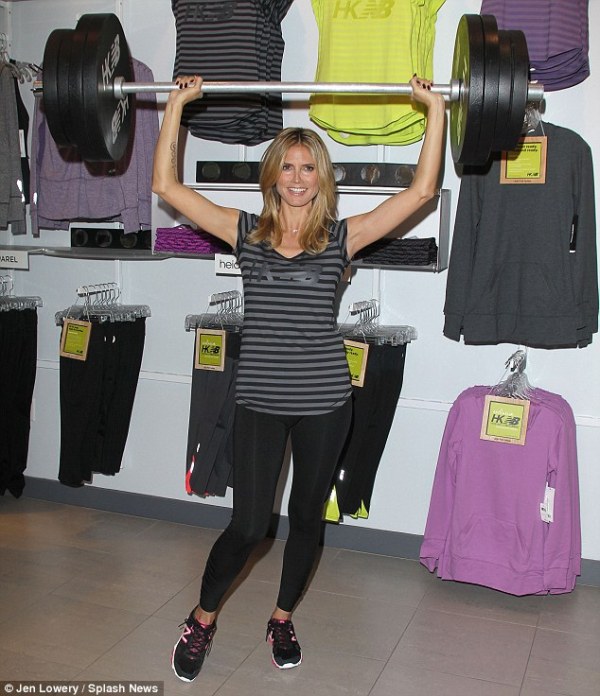 But the weight was of course just prop- which Heidi made light work of as she hoisted it up at the photocall.

Heidi was launching her third range for New Balance, which is being sold exclusively in  Lady Foot Locker stores across the U.S.   Later she dressed up in leather trousers and an eye-catching graphic top as she promoted her range on Extra. 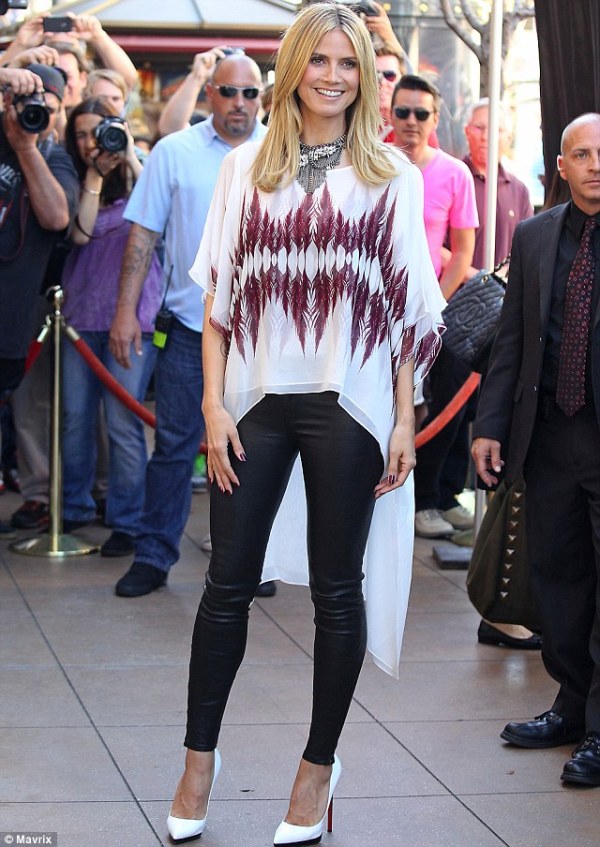 The supermodel handed out free T-shirts to fans at The Grove, causing excitement.

Besides juggling her busy career, things are also going well for the former Victoria’s Secret  model in her love life.

The 39-year-old supermodel started dating her 40-year-old bodyguard Martin Kristen a few  months after splitting from husband Seal – with whom she raises four kids Leni, eight, Henry,  seven, Johan, six, and Lou, three – last year and she has slowly fallen completely in love with him.

A source told People magazine: ‘Since they began dating last summer, the pair have  gotten serious. She loves her life and enjoys sharing it it with Martin who treats Heidi and Seal’s kids like his own.   ‘She’s able to focus on her career because Martin takes great care of them and enjoys staying  in the background.’

Seal is also dating again now and was recently spotted with former Power Rangers star Erin  Cahill. Heidi is very happy for her ex – who she was married to for almost seven years – and hopes he  can find the same happiness she has with Martin.

The insider added: ‘They’re still getting to know each other. But it took him a long time to get over Heidi and he hasn’t found anyone special yet.

‘They don’t have any custody issues. They’re just still dividing their assets and they’re just taking things one day at a time. Heidi’s glad Seal is dating, she wants him to be happy  too.’