Miley Cyrus and Liam Hemsworth are reportedly ‘not giving up’ on the relationship.

And they certainly have unfinished business – with new pictures revealing that Liam’s car remains parked on his fiance’s driveway.

The distinctive teal-green and black Ford Mustang has sat in the same spot ever since he took off to Australia with his brother Chris Hemsworth and family.

ow it has emerged that the engaged pair – who have experienced some ‘rocky’ times of late – are ‘not giving up,’ E! Newsis reporting.

In fact, the 23-year-old actor travelled to Manila, Philippines, where he made his first
appearance as brand ambassador for Bench, a local clothing line. 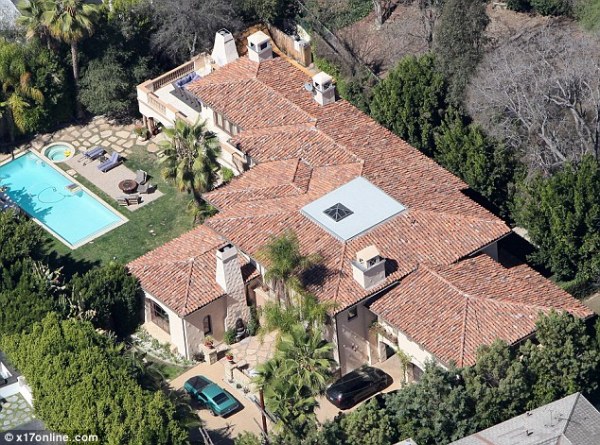 The company Instagrammed a picture of Liam looking ruggedly handsome in jeans and dark T-shirt, writing in the caption: ‘Our Global Benchsetter LIAM HEMSWORTH during his 1-on-1 interview.’ 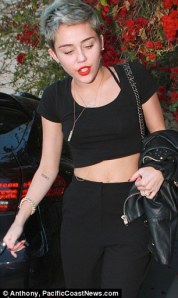 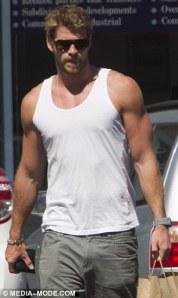 Miley, meanwhile, ventured out on Friday to get a new tattoo on her forearm, a mini replica of Leonardo da Vinci’s anatomical heart drawing.   The former Hannah Montana star, 20, went to celebrity tattoo artist Kat Von D to do the inking.   Kat later boasted over her handiwork on her Twitter page.   ‘Just did the RADDEST tattoo on @MileyCyrus,’ she wrote.  ‘A miniature rendition of a da Vinci  anatomical heart!’   Miley was clearly proud of the new inking, retweeting Kat’s post.   The star’s new tattoo is certainly a heartfelt indication that she’s not about to let Liam go.   Miley met and fell for Liam while they were filming the romantic drama The Last Song in 2009.   Their relationship has seen ups and downs since then, with brief break-ups along the way.   Last summer, Miley announced that they were engaged after Liam proposed with a 3.5 carat diamond ring.   In the March 2013 issue of Cosmopolitan, Miley got ahead of herself when she referred to Liam gushingly, saying ‘That’s my hubby!’

Liam Hemsworth has cancelled an upcoming appearance at the world premiere of his new movie following his split from Miley Cyrus.

The 23 year old Australian actor who is currently laying low in Sydeny was set to appear at a red carpet screening for his new film Empire State at the Gasparilla International Film Festival in Tampa , Florida on Tuesday 19 March, but has pulled out in favour of staying close to his family.

A source told E! News that The Hunger Games star had been scheduled to attend the event with his co-stars Emma Roberts and Dwayne The Rock Johnson.

Liam has been spending time with his brother Chris Hemsworth , his wife Elsa Pataky and their nine month old daugghter India Rose and he has been enjoying some down time with his loved ones as his contemplates his future with his 20 year old fiance.

A source previously said: ‘He doesn’t seem especially sad [or] happy.  He seems to be enjoying seeing his family as far as we can tell.’

Miley has stayed in Los Angeles to deal with the fallout from their break up. 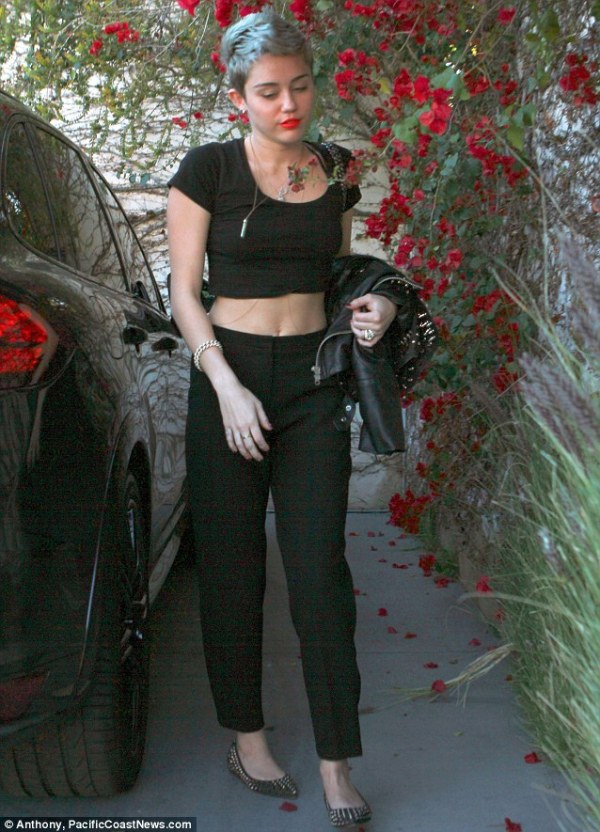 Although they are not a couple at present, the former Hannah Montana star wants to get back with Liam once he learns not to be so controlling.

A source said: ‘Miley is a fiery character, and they do fight, but she is crazy about Liam. She isn’t ready to accept it might be over for good.’
Another insider added: ‘If Miley has her way, the break-up won’t last because she’s head over heels for Liam and ultimately doesn’t want to lose him.

It has been reported that Liam Hemsworth and Miley Cyrus have split.

The new comes as the 20 yeard old Hannah Montana star had previously insisted that she and her fiance 23 were still together.

But sources have told the new York post’s Page siz that the couple have called time on their relationship.

Liam is currently in Australia spending time with his family , including his mother Leonie who he was spotted out shopping with on Wednesday.

Liam flew to Australia late last week and has since been spotted out with friends and family during his stay.

On Wednesday , he was seen stocking up on supplies at the supermarket with his English teacher mother leonie.

The Aussie actor’s trip to his native country came after it was first reported that even though Liam was still with Miley , he nedded a break from his fiancee.

The couple were thought to still be an item , but Liam decided to fly home for some space.

A source said at the time ‘Liam did fly home to Australia so they could have a break. He has been spending time with his brother Chris , with whom he is very close.

There’s no drama Down under.

Following speculation of possible split between Miley Cyrus and Liam Hemsworth, The Hunger Games actor photographed with friends in Australia on Saturday.

Liam is seen enjoying a beverage and hanging out with friends.

A source from People that Liam 23 flew home March 1st so the engaged couple could have a break , it doesnt mean that they have split.

But while a source close to Cyrus says that ” Miley and Liam have has some problems that they are working through”.