David Beckham famously put the sex factor back in to white pants after posing in them for Armani.   And now Essex’s answer to Golden Balls – Mark Wright – has proved once again that pants can be sexy as he posed in a pair of tighty whities on a shoot in Spain.   The 26-year-old gave the footballer a run for his money as he showed off his impressive and slightly wet body as he pulled a variety of poses poolside, in images that are sure to make many a woman swoon. 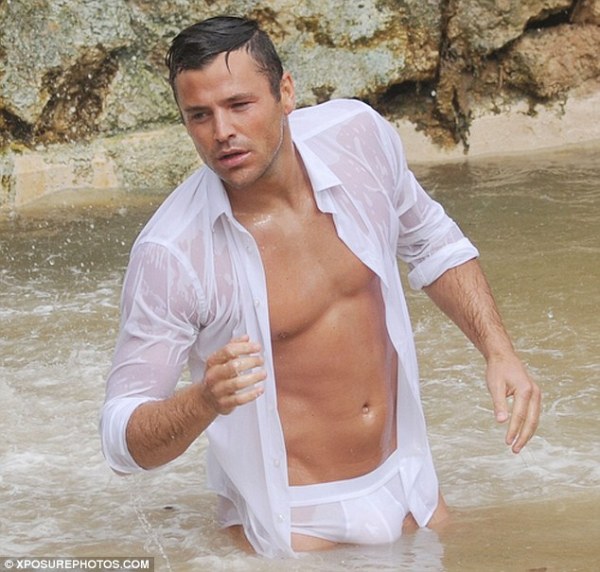 But while Mark regularly says how lucky he is to be dating the Coronation Street actress, it is Michelle who is the lucky one if these pictures are anything to go by.

‘Two years ago I was reading FHM and now my girlfriend is the best looking girl in FHM. I do really love her.’   He continued, refereeing to his past romantic history: ‘I think everyone knows I wasn’t the best boyfriend in the world before but this time it’s for real.’

Most people wouldn’t mind missing their flight home from a holiday if it meant they’d get a few extra days in the sun.   But when Joey Essex failed to catch his flight back from Dubai on Saturday it became a full blown emergency, leaving him begging for a rescue party to get him back to his beloved Essex.   After sending a number of desperate tweets the TOWIE star finally seemed resigned to his fate and doing what anyone else would do in a moment of panic – he stripped down to his tiny swim-shorts and took a dip.

And it seems that all that sunbathing and splashing about may have helped him as not long after he excitedly tweeted: ‘Listen to this. We just got a flight !!! .. And in the space of the phone call, they sold out ! But we got the 2 seats !!! BOOM!!!!!’

However just the day before Joey’s timeline was a very different story.   He broke the distressing news writing: ‘Missed my flight home ! So annoying… Thought it was 10am but our flight took off at 8am !!! Can’t believe it !! :;((((.’ 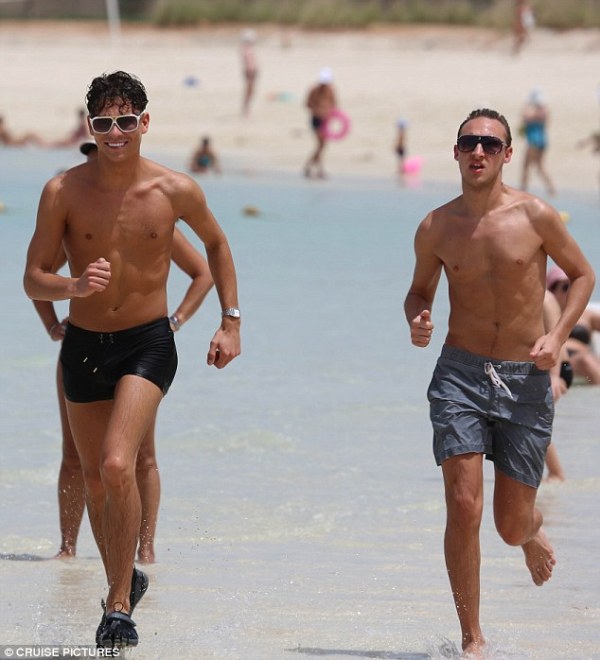 He continued: ‘Come back to hotel. Then thought we would try again! So went to airport. They said no… So now back at hotel… OMG what do I do…,’   Clearly getting more distressed, he added: ‘’ATTENTION’ if anyone seriously has got a plane, boat or helicopter out here and can take me back to England.. I will love u 4ever#please.’   The next day things weren’t much better, which led Joey to wish he could fly once more.

He wrote: ‘So frustrating. There is no flights what so ever to get back to England. I need someone’s help…. Wish I could fly man, just wish I could!’   This most recent trip to Dubai is the shop owner’s fourth in just seven months.   He of course recently picked the location to propose to his girlfriend Sam Faiers in front of the cameras.

Meanwhile Sam didn’t seem too concerned with the drama and has continued with work as per usual this weekend.   When Joey does finally get home the couple will be gearing up for a big engagement party with all their family and friends away from the prying eyes of the TOWIE camera.