Life is one big stage for Hayden Panettiere – and on Sunday the actress was in full performance mode again as she heated up the beach in a purple fringed bikini.   The Nashville actress, 23, made waves as she frolicked in the surf with boyfriend and rumoured fiance Wladimir Klitschko.   The love-struck couple were pictured flirting up a storm as they wallowed in the sea on the beach in Miami. 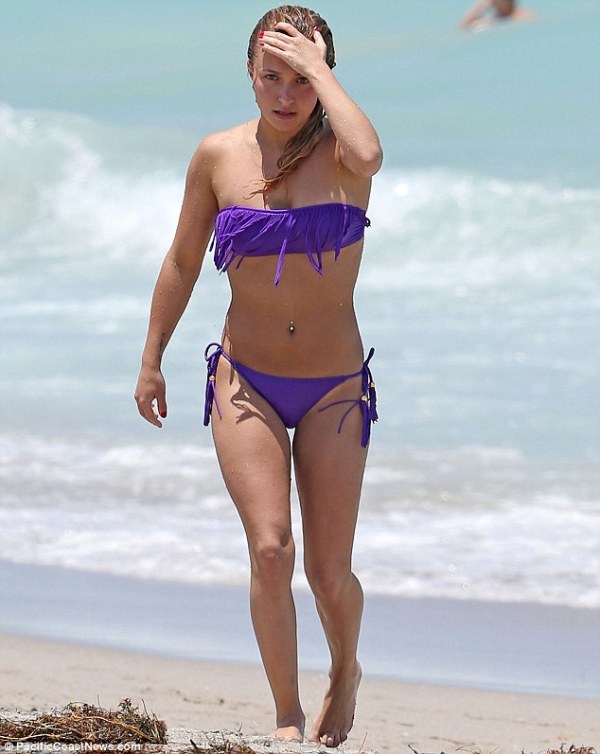 And Hayden looked nothing short of a knockout as she emerged from the waters during her relaxing day with boxing star Wladimir, who recently returned from Germany.   Her tiny two-piece showed off her trim figure to perfection – and also drew attention to her cleavage. The actress has been at the centre of speculation recently that she has gone under the knife to increase her bust size.   In a recent interview, Hayden opened up about how performing terrifies her. 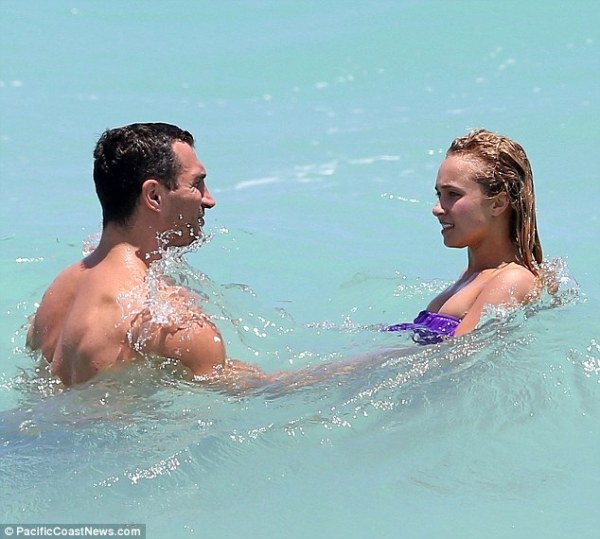 Although she plays country music star Juliette Barnes in ABC’s Nashville – which has just been renewed for a second season – she admitted she hates singing on stage.

‘But when you grow up in the spotlight, and you’re constantly reading things that are awful about you, it sticks with you.’

The actress attempted a recording career when she was younger and when asked if she would ever consider recording her own music again, Hayden said: ‘I would need to separate myself from Juliette Barnes and be seen as Hayden. And that’s a very difficult thing to do sometimes.’

While Hayden’s conniving character has been compared to Taylor Swift, because they are both country singers with blonde hair, Hayden reached out to Taylor to insist she wasn’t basing Juliette on her.

She said:  ‘It kept coming out, and I didn’t want her to feel like it was per me, or that I was thinking that I was playing her.’